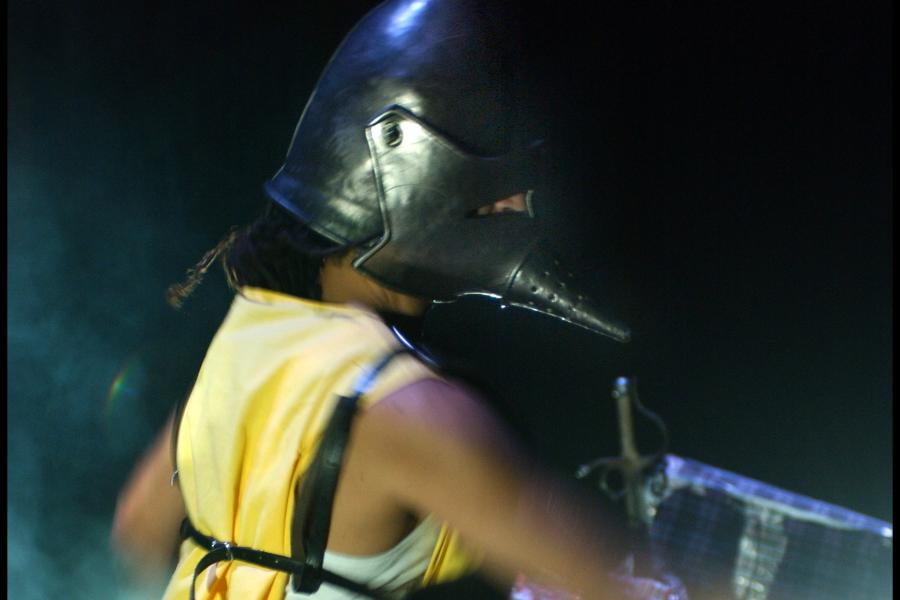 De Leeuw van Vlaanderen is an extremely intense hour of musical theatre, without boredom or weak moments, hopping from art and popular culture, from repugnance and amazement, between protest and acceptance. And had we already told you that the new Flemish lion has long dreadlocks? De Standaard

The production seeks out the area of tension between Flemish songs and Arabic sounds and movements. A monologue turns into a pop concert. The spectator casts a glance into the living room of a Tunisian family that also listens to Will Tura.