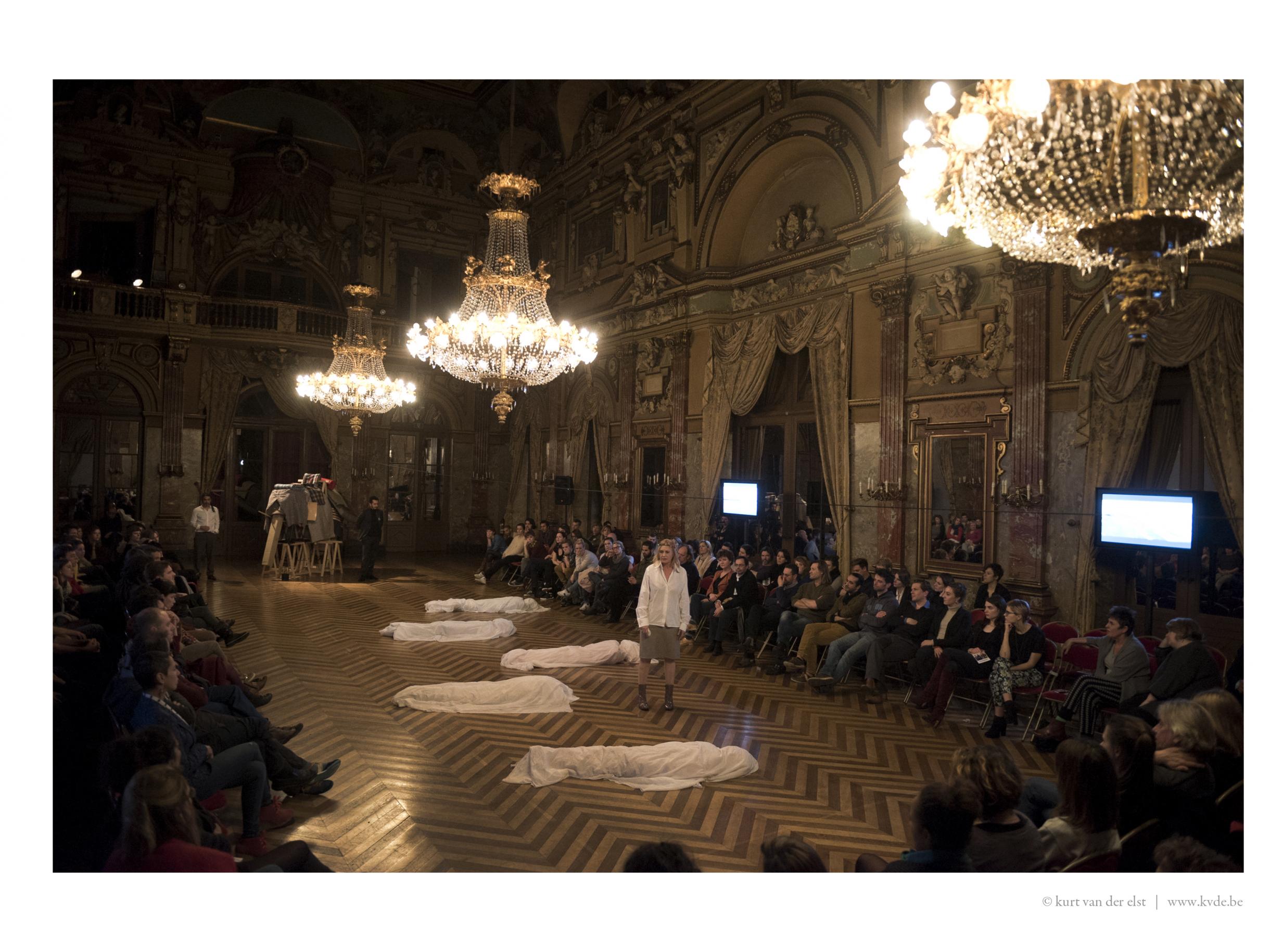 Vzw Nit Nithei Garabam – man is a drug for man – was founded in 1994 by Chokri Ben Chikha, the late Omar Camara and Zouzou Ben Chikha. From a series of projects, productions and collaborations with theatre companies, the brothers established Union Suspecte in 2003. The focus was on the creation of productions in which words, dance and music are combined and on the story of ordinary people confronted with big history. The connection of a distorted, staged history with the modern-day, polarised intercultural debate on migration and identity formed the thread for Chokri Ben Chikha's family trilogy: De Leeuw van Vlaanderen (2003), Onze Lieve Vrouw van Vlaanderen (2005) and Broeders van Liefde (2007).

Theatre-maker and performer Chokri Ben Chikha left the troupe in 2008. From a need for reenergising and a critical stance with respect to intercultural performing arts, he began practically-oriented, artistic doctoral research in arts at KASK / School of Arts/ Hogent and Ghent University. Here he researched the critical value of the use of stereotypes as symbols in theatre centred on artistic research and theatrical experiment. This resulted in theatre troupe Action Zoo Humain in 2009.

For its creations, the troupe chooses to bring together artists from various backgrounds

In 2010, Chokri Ben Chikha and the abovementioned artists created a hero’s death trilogy (2010): L'Afrique C'est Chic, De Ceremonie: Heldendood voor de Beschaving and De Finale: a Stand-up Tragedy. Three projects on heroic status: one in Senegal, one in the streets of Flanders and one in the theatre.