On 6 September 2018 artistic director and researcher (KASK/School of Arts/HoGent) Chokri Ben Chikha opened the Nederlands Theater Festival in Amsterdam. In his State of the Theatre he pleaded for more decisiveness in the theatre and stressed the strength of artistic truth. His speech was received by the audience with intense emotions. The speech was also discussed in the Flemish and Dutch press. Some of the reactions.

VRT: "With his speech and the accompanying consternation Chokri Ben Chikha tried to call the theatre world to action. I think theatre has a task here', Ben Chikha stressed at the Nederlands Theaterfestival. I think we should intervene. And not by making another play that puts things into perspective, but actually in reality.

Chokri Ben Chikha in De Morgen: "I wanted to provoke a debate. I didn't want to please. Theatre makers should be more active in the social debate. To react decisively against moral pollution.

NRC: "Chikha had called on his audience of theatre-makers in his state of passion and drive to be activism, to 'break into reality'. They should not practice their engagement in theatres, but in the world itself. Amsterdam has become a kind of Disneyland. Let that happen just like that?

Theaterkrant: "Chokri Ben Chikha started his speech with a sketch of a neoliberal society, which runs on 'fake news and facts-free politics'. Then he made a compelling appeal to the theatre sector to intervene. If so much lie is injected into society, as the current political leaders do, we can only organise a counter-power.

De Volkskrant: "As far as Chokri Ben Chikha is concerned, artists can learn from activists: 'they have more influence than we do'. Ben Chikha mentioned examples of artistic interventions in the reality of Greenpeace and Pussy Riot. And then Pussy Riot is not even a good band', he joked. That must be possible better, if artists do it. Make opposition with poetry. No revolution without dance'' 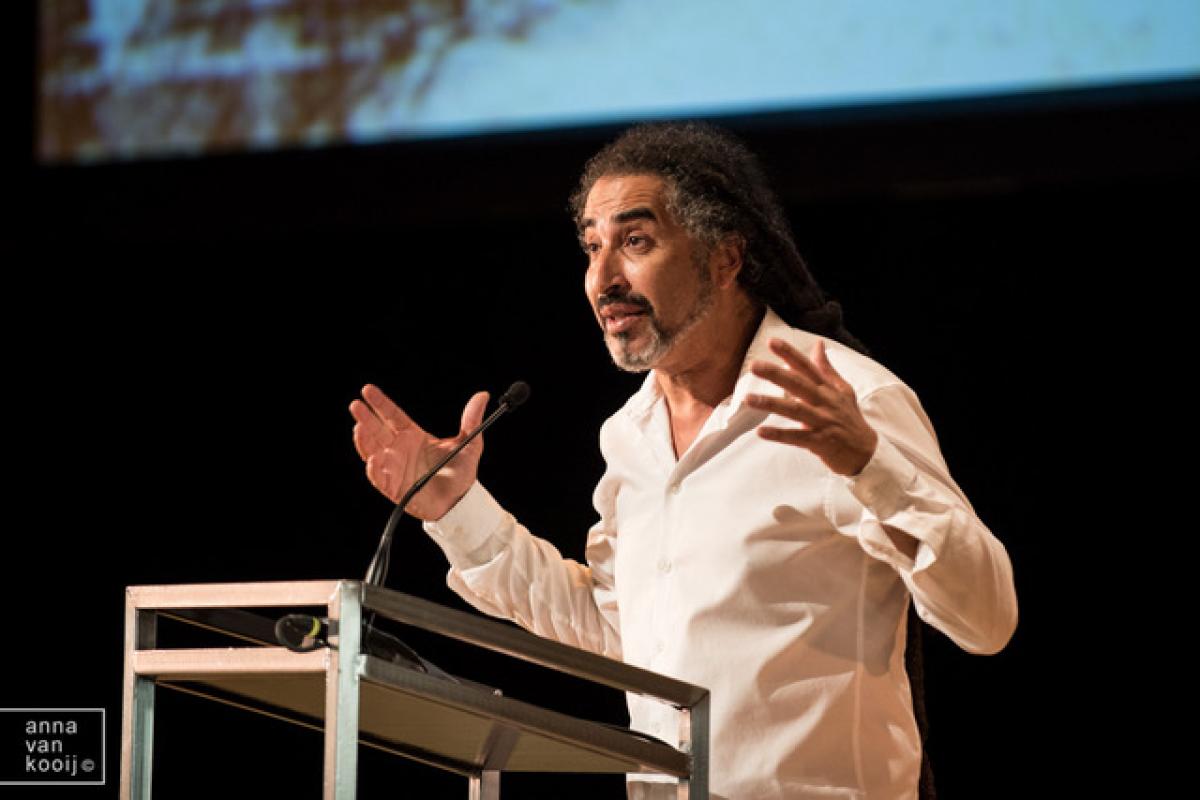