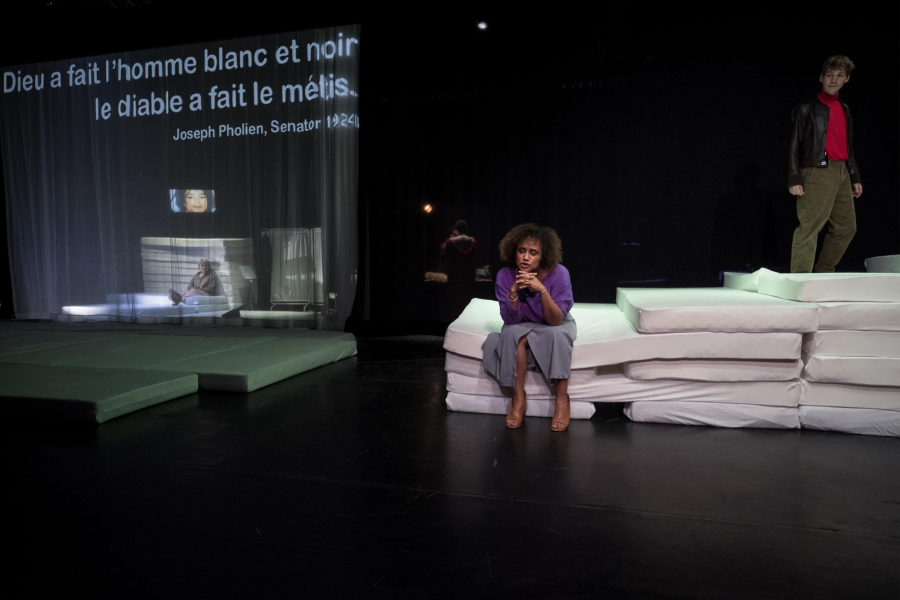 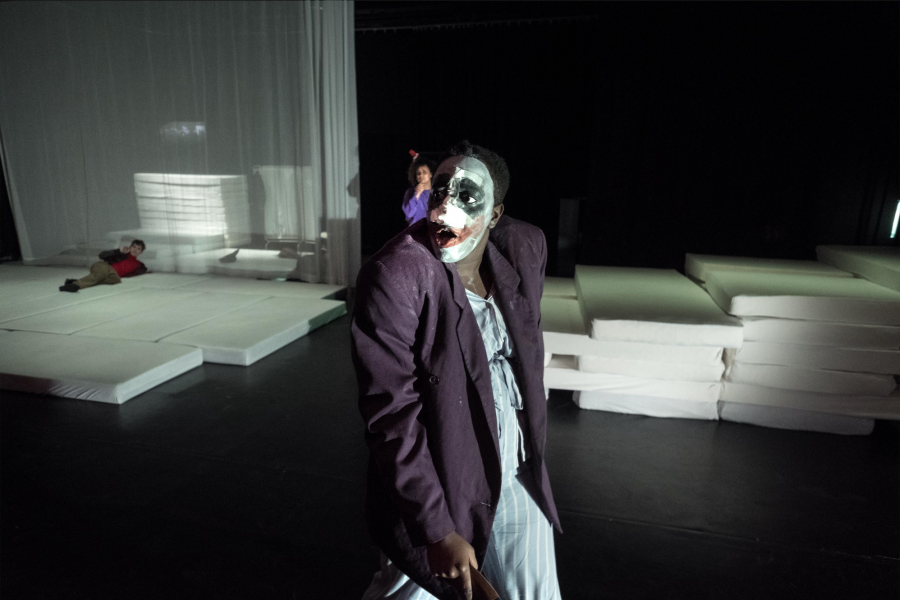 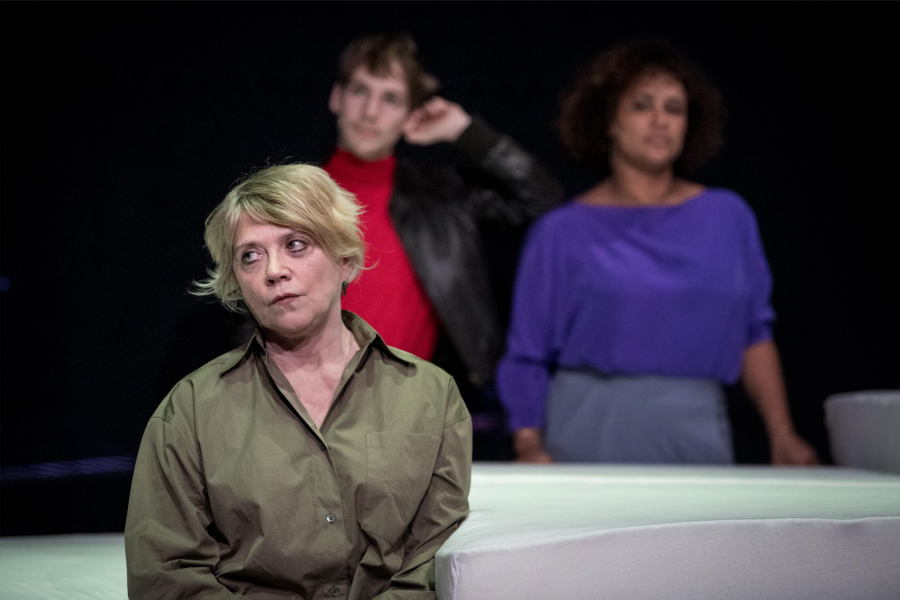 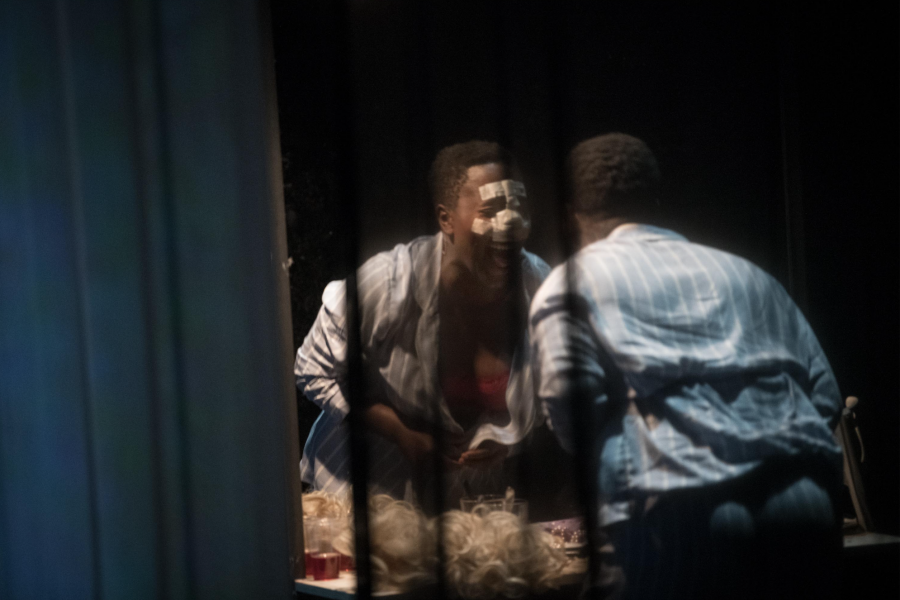 she always says
mom, I feel only half
and I tell her
you're not half
you're double
you're more than me

Métisse tells the story of a white grandmother (Christa), her double-blooded daughter (Christine), her white boyfriend (Werner) and her black granddaughter (Etouri). The four characters oscillate between family and history, between fiction and reality. They each deal with a permanent social problem in their own way: imaging about different skin colours, cultures and their intermingling. What part of their identity are they trying to get rid off? Which stereotypes do they set in motion, and which do they maintain?

Métisse is a tragicomic, musical performance on the existential question of 'double-blooded children' since the 1960s, when, as illegitimate citizens, they encountered massive misunderstandings - both in white Europe and in Black Africa. The source of inspiration for the performance is the story of Ann Van Vaerenberg, daughter of a black priest and a Belgian woman, and now herself a mother. Director Tom Dupont mixes the perspectives of three generations of women, each with a darker skin, and in doing so exposes a piece of the hidden past and present.