May I start off right away with your permission? It is telling that in this election campaign the emphasis is on the economic crisis, employment, pensions, health care, education, justice, etc.  All quite rightly so. But can I say that culture is hardly mentioned, if at all? As if there is no room for culture in this time of crisis. As if culture is an expensive and unnecessary consumer item. That worries me and many other potential voters.

Nevertheless, I was hopeful. A few months ago, the Flemish government launched a new slogan: 'Imagination works'. Then it became deafeningly quiet. How do the various party chairmen view the cultural policy, which is surely the source of imagination, of the coming years? Who will take on this task, or in other words who will be the next Minister of Culture? And will the new minister represent the interests of creative minds? These are all not unimportant questions in the run-up to Sunday 25 May 2014.

For 20 years I have been observing that cultural policy is a detail in the numerous political debates. And if I may reassure the 'cultural people', even more hushed up is the (inter)cultural policy. However, numerous studies, academics and organisations, including the European Network against Racism (ENAR), point to a strong stereotyping of various social groups in our society, especially the Belgians with a migration background.

Three quarters of Belgians without a migration background are employed, while those with a migration background are employed by far less than half. According to European studies, we are doing worse than our neighbouring countries. These are facts, and I can add to them a whole host of studies, but I think that everyone is aware of the shortcomings.
Not words, but deeds

Because I am convinced that culture is the necessary oxygen to boost the economy, health care, work and justice by stimulating its imagination, I ask for your explicit attention for culture. We all know that culture strengthens social cohesion and we must have the courage to do so. Culture is not a panacea, but a society that underestimates culture is dead.

Halting social polarisation is not an unnecessary luxury. According to recent research by KUL teachers, one in four young adults in Flanders would regard 'migrants' as unreliable, two in five even see migrants as a cultural threat. This perception is frightening and unworthy of a democratic country. I am convinced that a lack of culture impoverishes communication and can paralyse a country.

I am your candidate

I have been trying for years to work on my life's work 'people and culture' on the sidelines, but my influence is too limited. I am increasingly of the opinion that I can only be of great significance if I work within the policy apparatus. This insight was confirmed during my lectures and performances in Flemish and in the European Parliament in which I expressed my reservations about cultural policy in Flanders. During those lectures I said that many radicalised, ignorant, frustrated young people and the elderly would be better off today with a better coordinated cultural policy.

My colleagues rightly pointed out to me: 'It is easy to criticise along the sidelines! Then do it yourself! Well, today I no longer want to watch this group, the generations that will soon be lost, grow systematically.

I can't see that we can't seize the opportunity to let people grow closer together by injecting culture into a society. I want to do more than just make performances, skim debates and give lectures all over the country.

That is why I am standing as a candidate. Not as Prime Minister of Flanders, that would be a sign of overconfidence. In my candidacy, I will stick to the position of Minister of Culture. I am prepared for a great deal, even for the sacrifice of my artistic career. Something that will be difficult for me, our company has just received the official award of her structural subsidy, I am a willing teacher in higher art education and I have just obtained my doctorate. But sometimes you have to look in the mirror and say: the seriousness and necessity are too important. I have to do this. I want to make society warmer and more beautiful.

Am I the right candidate?

Dear democratic party chairmen, I have quite some good assets. These are assets that my forefathers, despite their other qualities, did not have. Talents and qualities that our country needs at the moment. I will list a few.

Firstly, it has never been seen in Flanders that anyone from the cultural sector becomes Minister of Culture. The question is: Why has this never happened?  Why has no expert ever been called in before? To give just one example: theatre writer Vaclav Havel was - not even minister - even president of the Czech Republic You can argue that someone from the cultural world would be biased, but that is not the case: I am leaving the arts sector for a higher ideal.

Secondly. As a representative of the people, you know better than anyone that good artistic cultural impulses can set a society in motion. I have done my homework. During my doctorate I did research about what a good cultural policy can bring about. I worked together with art and culture houses and entered into a debate with different layers of the population, with domestic and foreign religious and ethnic groups. Once again I had to conclude that the power of art and culture is immense. Social, emotional, relational, intellectual, you name it.

I am talking about culture as an active rather than a passive experience. Art and culture can bring strategies to all the above sectors of society. Often short-sighted, oppositional binary thinking paralyses many possibilities. With my acquired knowledge, I am convinced that culture, more than is the case now, can transcend itself and can inspire and innovate a society. My ultimate goal is to bring about a real dialogue in order to restore trust. Who better to do this than someone from the cultural sector who controls 'the game'?

Thirdly. I am independent, I do not have a party card in my pocket. This independent position is deliberate. Left and right, and just as much politics and art, must be able to agree on closing the social gap and stimulating dialogue. Only in this way can our country, our region, be and remain competitive within the current economic climate. You could accuse me of being naive and of not being aware that this (cultural) communication takes place outside or above the socio-economic and political-ideological context. Well, I am well aware of it and that is why I am boundlessly motivated to pursue a policy that serves the General Interest of every inhabitant of this country that I love so much.

Fourthly, I would like to mention the following You wonder why you are writing this open cover letter. I would like to clarify to the citizens of this country which Minister of Culture she will soon be presented with. This is new, but this openness does strengthen the link between politics and the citizen, which is also your concern.

Fifthly. I want to take responsibility. It would be an unprecedented hypocrisy to ignore the fact that negativism and radicalism rule our (multi)cultural society. The conclusions of the numerous studies and experts are numerous: 'Integration and migration policy is not working'. Here culture can and must introduce new forms of interaction. In my opinion, this is the ethical and aesthetic challenge of culture.

Inspired by the South African Truth Commission, but knowing that there was no civil war or genocide here, we all need to break a deadlock together to restore trust between the various social groups in our society.

In order to break the many years of turning around, I propose that truth commissions be set up at local, community and regional level. Committees that thoroughly screen and analyse our cultural policy, that get to know the heartbeat of the citizen. Committees that set up new, coordinated initiatives. Committees that aim to bring people closer together.

These committees are chaired by an authoritative figure, draw up a report and have to answer three questions:

Here I would like to be inspired by justified questions from my colleague Carl Gydé (Campo Arts Centre).

Are the interests of culture lovers and artists completely safe in the hands of their representatives? Are our cultural institutions not too preoccupied with themselves, so that they lose sight of their true raison d'être? Where is the militancy, the dynamics, the solidarity, the solidarity, the freedom and the vranke of our cultural institutions?

From the many answers we collect targeted (inter)cultural action points to implement a good cultural policy. Only then, dear democratic party chairmen, will the new slogan of the Flemish government: 'Imagination works' really work and will it not sound hollow to the citizens of this country, my country, but effectively bring people together and nourish our imagination. An imagination that we need in all layers of society and in all sectors of our society.

Please accept, Sir, the assurance of my highest consideration, 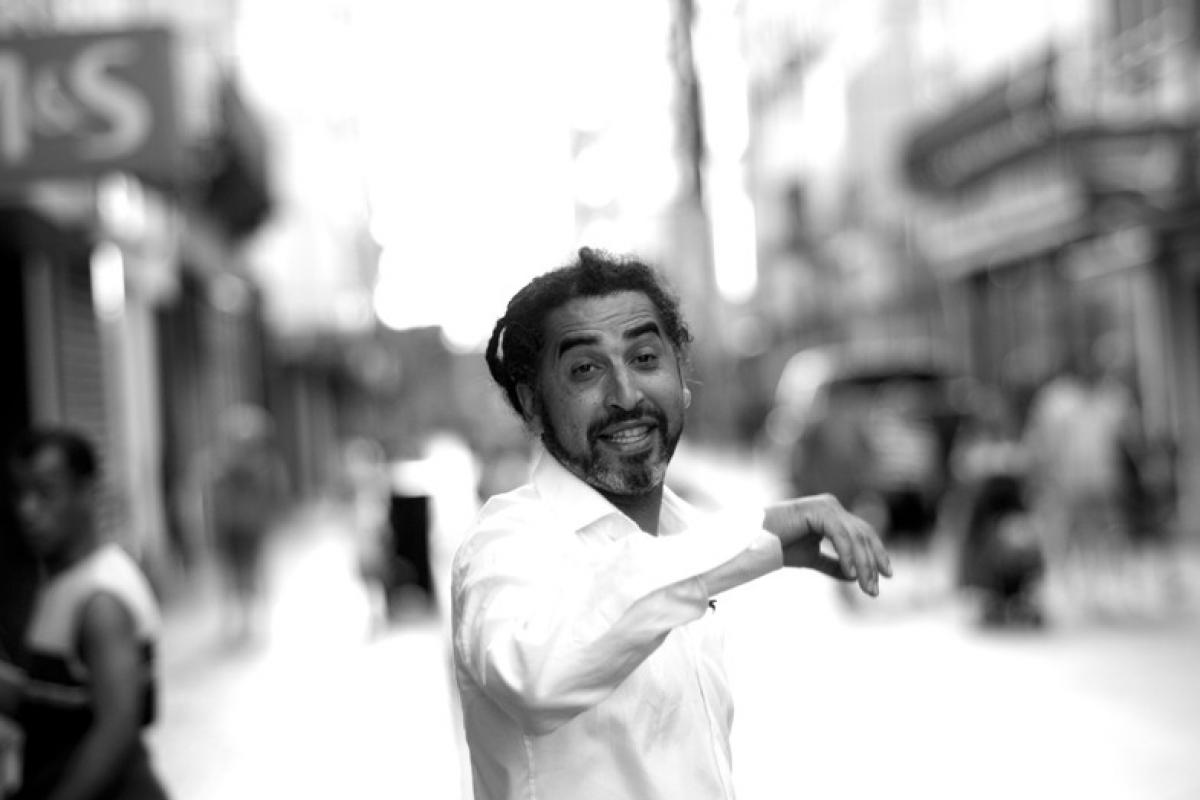