"Does anyone have a lighter? The controversial final scene of State of the Theatre, with which Chokri Ben Chikha opened the Nederlands Theater Festival - ànd called on the theatre world to initiate more social action - still resonates in Amsterdam.

In response to his much debated speech, the Academy for Theatre and Dance invited Chokri Ben Chikha on March 13 for the debate HALF6: Art and Activism. The researcher, theatre maker and artistic director of Action Zoo Humain engaged in a dialogue with dramaturge and teacher Florian Helwig.

The two discussed issues such as: where does art end and propaganda begin? What influence do political views have on artistic creations? And to what extent can art intervene in reality without losing its poetic potential

"I'm a nineties kid, throwing with English terms because of my birth date. Here I stand, but I'd rather sit down, because I don't know what I stand for anymore."

The following days, Ben Chikha worked as a guest lecturer at the academy. Inspired by State of the Theatre, students of the theatre teacher programme gave their own fiery speeches - about their Faust-like lives as artists, against 'millennial apathy' and giving their middle fingers to the societal status quo. 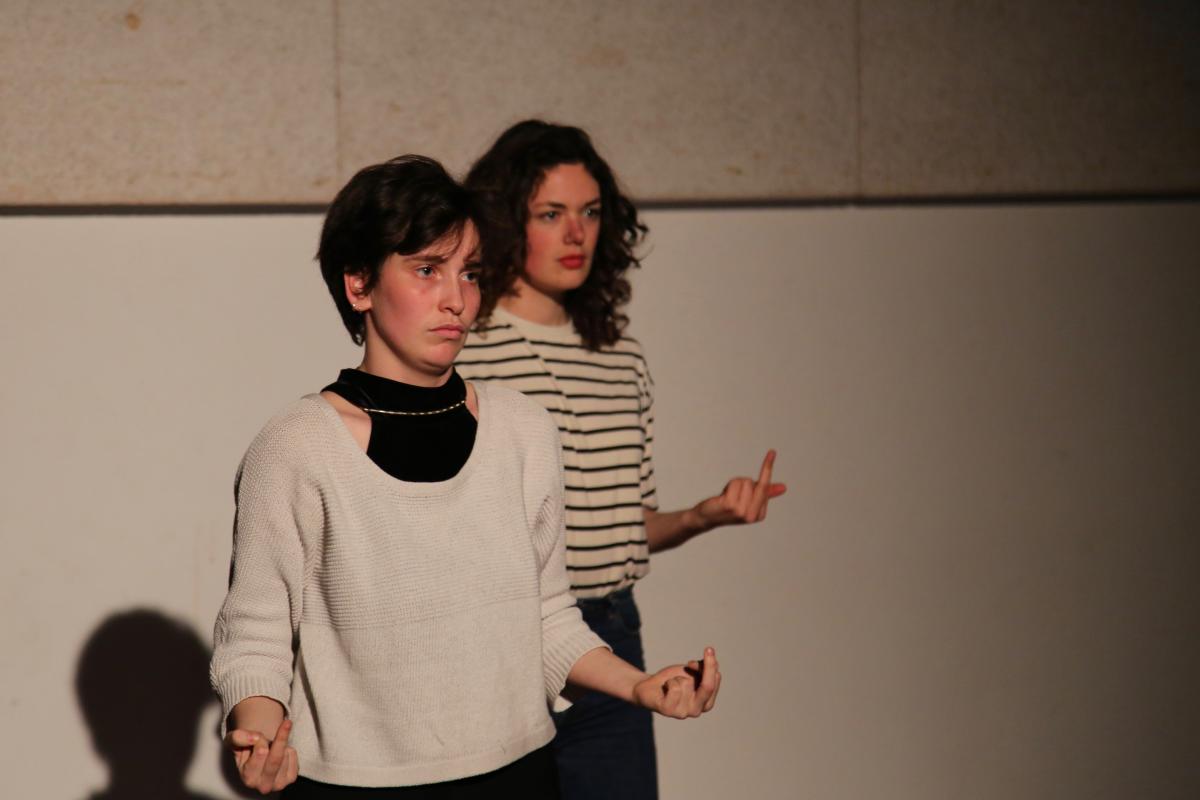